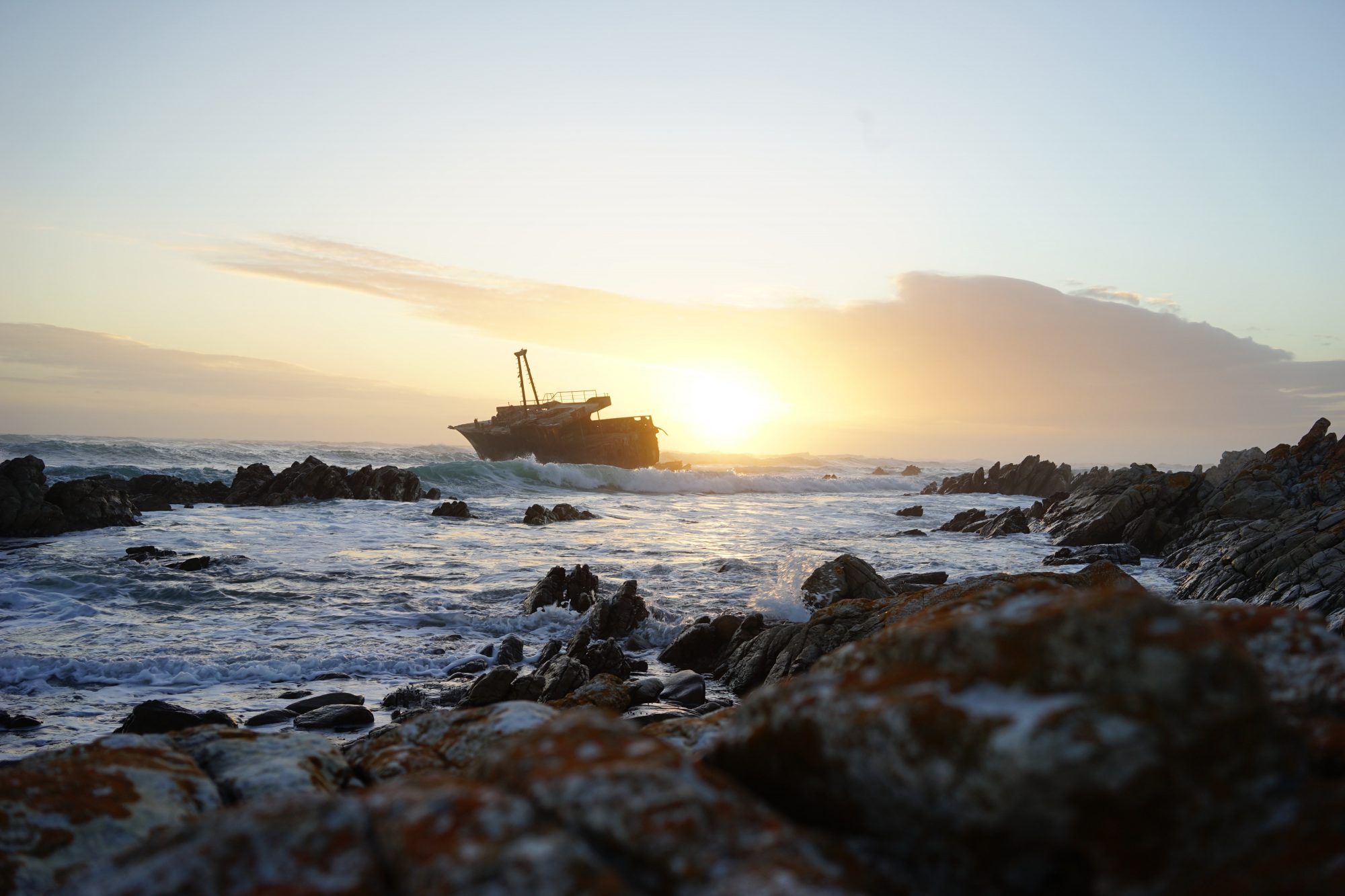 “It will be a beautiful morning tomorrow!”

John Harper leaned against the ship’s rail taking in the colorful sunset before him.  He had just closed the prayer meeting he held daily and was struck by the beauty of God’s creation. Clouds painted in a swath of reds, purples, pinks and blues streaked the sky over the sea’s rolling waves.  His late wife’s cousin, Jessie W. Leitch nodded in agreement as she gathered her shawl about her shoulders against the night cold. “Indeed, very beautiful.  Well, it’s time I get Nana ready for bed.”

Leaving John to meditate, the young lady walked over to where his daughter, Annie Jessie, played nearby with her new friend, Eva Hart.  Annie was six years old with a round face and long blonde curls.  Although John had become both mother and father to his daughter, he appreciated Jessie’s help especially on busy preaching trips like this one.  “I’ll come tuck her in, in a minute.”  John said, eyes still fixed on the changing sky.

John Harper was born in Houston, Renfrewshire, Scotland in the year 1872.  Growing up in a God-fearing family, he accepted Christ as his Savior at the young age of 14 and just could not keep the good news to himself.  By age 18, John would work at the mill and preach in his spare time.  In fact, people said he “pleaded” rather than preached.  In his early twenties, he joined the London Mission and became the first pastor of Paisley Road Baptist Church.  He married Annie Leckie Bell in 1903.  When little Annie Jessie joined the family in 1906, she was affectionately called ‘Nana’.  Then disaster struck the little home.   John was left a widow and Nana motherless, when Annie died a week after the birth.

Since then, Jessie Leitch stepped in to care for Nana when John was busy with preaching and traveling.  He was invited to preach in Britain, Ireland and North America.  Soon the Harpers moved to London where John pastored Walworth Road Baptist Church.  Those who heard John preach said of him, “He was a great open-air preacher and could always command large and appreciative audiences. . . He could deal with all kinds of interrupters, his great and intelligent grasp of Bible truths enabling him to successfully combat all assailants.”

Not long after a preaching trip to Chicago, Illinois, Harper was asked to return for three months.  The Moody church was experiencing a revival.  John quickly secured three second-class tickets for passage on the new steamliner, the RMS Titanic, which would embark from Southampton on her maiden voyage, April 11.  This was before the legendary words of the ship’s captain, John Smith had been widespread.  He said of the Titanic, “God himself could not sink this ship.”

But just hours after going to bed on the night of the 14th, the Titanic struck an iceberg in the North Atlantic at 11:40 pm.  Although the ship’s watertight compartments had been torn apart, most people still believed that the ship would not actually sink and some continued dancing and card playing.  They were all assured the vessel could not sink, that the Olympic was on its way and that there were enough boats for everyone to be saved.  Awakened by the huge impact, John hurried to Jessie and Annie’s cabin where he told them to get ready and wait for news.  John returned in a few moments with lifebelts that they put on.

The call, “Women and children into the lifeboats!” sounded from the deck.  John wrapped his daughter up in a blanket and carried her safely to lifeboat No. 11 on the upper deck where he placed her on Jessie’s lap.  John felt the weight of the situation and there was no time for goodbyes.  Refusing a widower’s seat on the lifeboat, he kissed Nana, “I will see you again!”  John turned his back on his salvation and began the greatest ministry of his life, “Women, children, and the unsaved into the lifeboats!”

He told the faithful band who stayed onboard to comfort the passengers, to strike up the hymn Nearer my God to Thee, which they played until meeting a watery grave.  John rushed frantically about the deck gathering people, sharing the Gospel and praying for them.  He cried out again and again to the hopeless who had little chance of survival, “Believe on the Lord Jesus Christ and thou shalt be saved!”

When the men were forced to free themselves from the clutches of the fast-sinking Titanic in a desperate attempt to survive, they jumped into the depths of the icy Atlantic.  Just before diving in, John asked a man near him, “Are you saved?”  The man shook his head, “Then take this. You need it more than I.”  He handed the dumbfounded man his lifebelt and was gone.  On a lifeboat bobbing one mile away, a little girl listened to the cries of the struggling swimmers and watched as the Titanic disappeared into the depths of the ocean in less than half an hour’s time.  Annie never saw her father again.

As 39 year-old John battled hypothermia in the frosty waves, Heaven battled for men’s souls.  Using up all his energy, John swam to and from the shipwrecked men, pleading with them to believe in Jesus Christ.  His sacrifice on that night was not in vain.

Four years after the sinking of the Titanic, Aguilla Webb, a young Scottish survivor, told his story:  “I am a survivor of the Titanic. When I was drifting alone on a spar that awful night, the tide brought Mr. John Harper of Glasgow, also on a piece of wreck, near me. ‘Man,’ he said, ‘Are you saved?’  ‘No,’ I said, ‘I am not.’  He replied, ‘Believe on the Lord Jesus Christ and thou shalt be saved.’ The waves bore him away; but, strange to say, brought him back a little later, and he said,

‘Are you saved now?’

Believe on the Lord Jesus Christ, and thou shalt be saved.’  And shortly after he went down; and there, alone in the night, and with two miles of water under me, I believed. I am John Harper’s last convert.”

John Harper’s story is a lesson to those of us who are saved to be always on the lookout for shipwrecked souls and to share the gospel with them before they meet death. We must also feel the urgency he felt, the reality of judgment, salvation, Heaven and Hell.  His story is a cry to the lost to believe in the Lord Jesus Christ ‘while it is yet day’.  He will hear you, just like he heard young Aguilla who cried out to him as a sinner with no other hope of redemption other than Christ.