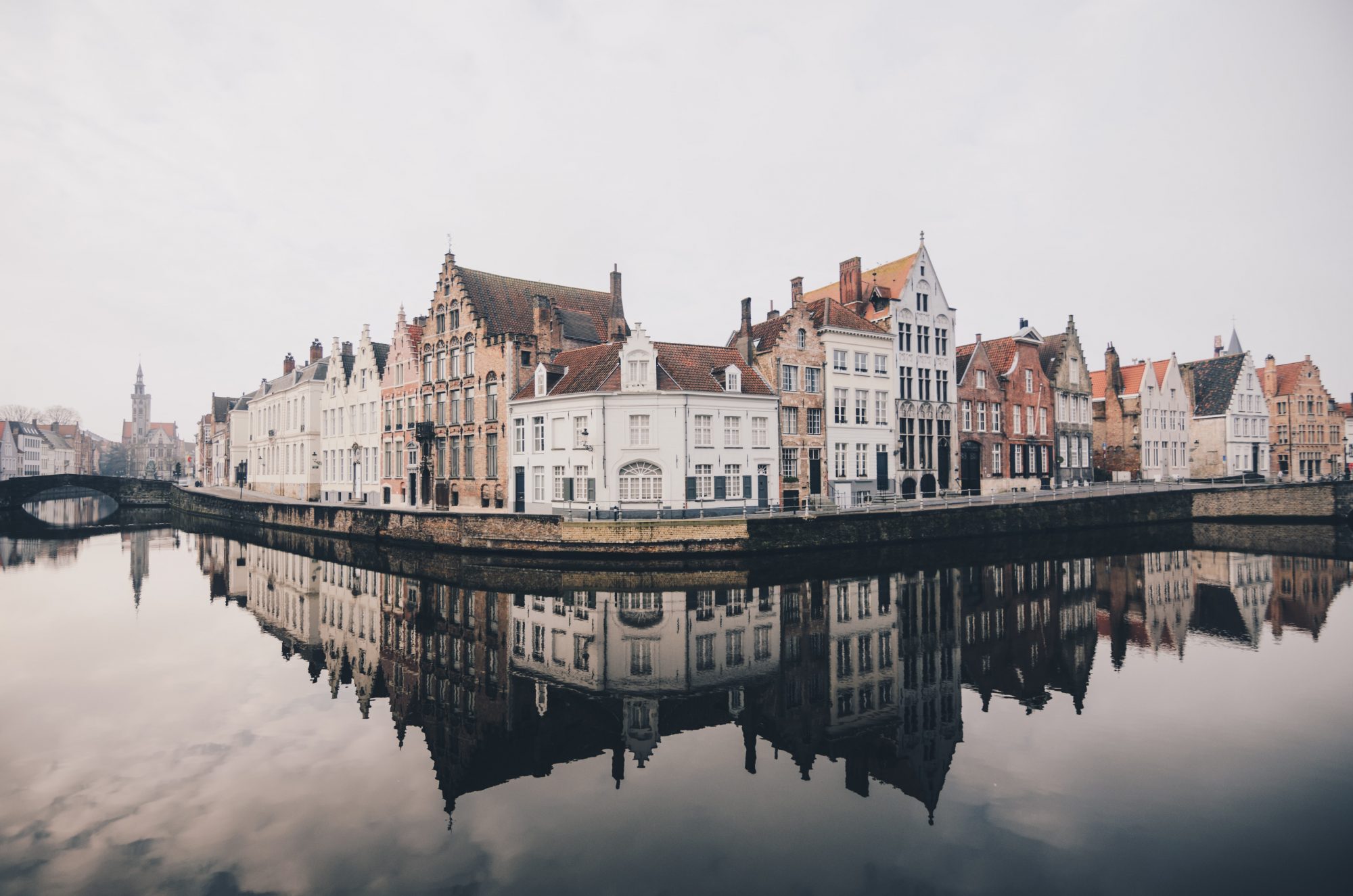 A young Spaniard stood on the deck of a large ship that lay anchored off the quay at Antwerp, Belgium, his dark curls ruffled by the gentle breeze.  The man watched as his luggage was loaded onto a small boat and rowed to shore.  The tolling of the church bells in the city mingled with the sound of the waves lapping against the haul of the ship.  When the passenger and the ship’s captain were taken ashore, they walked to a large office where the younger man was introduced to a kindly merchant as Franzisco de Románo, son of the distinguished and wealthy merchant, Mayor of Bribiesca.  This Mayor was one of the merchant’s most valued colleagues, so he was more than happy to share his business experience with this newcomer.  Because of his love for traveling, Fransizco took advantage of his profession as a merchant and made up for his limited education by visiting other countries and exploring their customs and new ideas.  When Franzisco wasn’t at the merchants’ side, learning the tricks of the trade, he toured the city until there were no more sights to see.  Being of a studious nature, he turned to his books and worshipped in the large cathedral, listening to the leading preachers in town.

One day while he was on a business trip in Bremen, Franzisco was told of an unusual former Augustinian Friar who had become a Protestant under the teachings of Martin Luther.  This was very shocking news to Franzisco who was brought up as a good Catholic in the bosom of the ‘Mother church’.  When he heard that the man was holding his services in a building not far away, his desire for more knowledge outweighed the distasteful rumors he had heard about German Reformers.  A friar turned Protestant who gave up position and wealth and risked persecution and death for his faith, and in the same city, was too much for Franzisco to ignore.  He would hear the man himself.

On a dark night, he wrapped his cloak about him, and crept through the streets to the building just a block away.  Franzisco was more impressed and moved by this sermon than by any other he had listened to at the cathedral or in Spain.  After that midnight outing, the words from the sermon haunted him by day and night.  Finally he decided to call on the preacher and have a conversation face to face. Maybe this man could clear his doubts and answer the questions that would not leave his troubled mind.  This turned out to be the first of many long visits with the ex-friar, Jacobus Spreng.  One day after much prayer and reading of the word, the scales fell from Franzisco’s eyes and he became a born again Christian.  Franzisco de Románo, was a son of the King of Kings.  His free hours were spent searching the scriptures, devouring any Protestant books he could get his hands on, and writing his own books on Protestantism.  Burning in his soul was a passion to return to Spain and share his new found religion with his countrymen, preaching the doctrines of the Reformation.  How could he know of this glorious Gospel and not share it with his fellow men?  Because of his extreme zeal, even Pastor Spreng warned him of recklessness and to be careful of his enemies.  But Fransizco knew that he must go.  He decided that he would end his career, pick up his belongings in Antwerp and leave for Spain.  When he openly shared his intentions with his employer, the man was quite surprised and called this new idea, Franzisco’s mad determination.  Soon local friars got wind of the young man’s plans.  After much consultation among themselves, the friars decided that they should take care of the situation instead of waiting for him to get arrested when he got to Spain.

The friars daily kept watch on their target’s every move.  One day, unaware of the spies, Franzisco was carrying a case of new Protestant books that had recently been smuggled into Belgium.  Returning home, full of excitement at these new additions to his library, he was suddenly seized and hurried into an empty house.  He was accused of being a Protestant and without a moment’s hesitation he replied in a bold but calm voice, “My faith is to confess and preach Jesus only, and Him crucified, which is the true faith of the Universal Church of Christ throughout the world; but this faith and doctrine you have corrupted, taking another abominable kind of life and by your impiety have brought the most part of the world into blindness most miserable.”

He watched helplessly as his newly purchased books were examined for heresy and burnt.  Franzisco’s wrath was kindled as he saw these precious and rare books become ashes in the red flames.  He openly charged the friars with living double lives.  Some citizens had followed the odd procession into the house and hoped to save Franzisco from a violent death.  They took this opportunity to suggest that the young Spanish captive was insane.  But their well meaning ploy was used against them.  Taking advantage of the suggestion, the friars placed their charge in a tower where he was held as a lunatic for eight months.  Franzisco de Romano would not be crushed.  This time of confinement strengthened his resolve and determination to spread the Protestant faith.  He told his captors, “I am not guilty, you can only burn my miserable body and not my soul! In this way I will die for Christ.”

One of the first things he did upon his release was to gain an audience with the Emperor Charles V in Regensburg, and implore him to restore true Christianity.  When the Roman Catholic advisors heard of this they were indignant, and arrested Franzisco after his third interview with the Emperor.  He was locked in a bullock cart along with other prisoners and put him on a ship headed for Spain.  The thought of facing torture and death in Spain did not phase the young Protestant.  He had already been prepared to preach the Gospel in Spain until he was seized by the Inquisition.  When he became a Christian, love for God and his fellow men took hold of Franzisco’s soul in a way he never knew possible. Making the best of his situation he preached to his guards.  Franzisco opened up the conversation in his usual positive way, “You see these iron chains? But my captivity, so shameful in the eyes of men, is for Divine glory! These hands and feet are bound, and I am fastened to this cart so that I cannot move; but my spirit is free, and I can rise to the throne above, and rejoice in the presence of God.”

Upon arriving in Spain, Franzisco was placed in the Inquisition prison at Valladolid for examination.  During the first interview, without a moment’s hesitation, Fransizco told the chief inquisitor that he was a Protestant and would not recant.  He also took this opportunity to speak out against the doctrines of mass, purgatory, and image worship.  “These,” he said, “are blasphemies and profanations of the blood of Jesus Christ.”

The chief Inquisitor settled his ruffled his feathers and dismissed the young man with a warning, “You better recant, young man, or your soul will burn in purgatory!”  The Inquisition held Fransizco prisoner for 2 years in a damp and rat infested dungeon.  Every few months, he was brought before the Inquisitors and asked if he was ready to recant.  But each time, Fransizco remained as firm in his Protestant beliefs as he was on the day of his first examination.  The last time Fransizco was asked to deny His Lord and his faith, he was sentenced to be burned alive as a heretic.

Days later, Fransizco was led to the place where his body would be destroyed, yet where his soul would soar to heaven and he would be with his Savior.  It was April 23, 1542, and in the vast Roman Empire, the Spanish Inquisition was at its peak.

When he arrived at the prepared site, a priest solemnly held a crucifix up to the young man’s lips, but Fransizco pushed it away saying, “Christians do not worship pieces of wood.”   Fransizco’s hands and feet were tied and he was placed in the center of a large pile of wood. Men wearing black hoods threw torches on the kindling and watched as the flames licked their way toward the brave youth standing in the center.  The crowd grew larger as the Spanish people, for whose souls, Fransizco would have willingly given his life, gathered to watch the spectacle.

As Fransizco prayed, a priest exclaimed, “He just made a sign that he would recant!”

Already badly burned, Fransizco was immediately pulled out of the fire.  But his reaction was not what they expected, “Why have you done this? Did you envy my happiness?” he cried.

The priests were enraged because Fransizco had shown the people how bravely a Protestant might die.  They threw him back into the hot red flames and forbade the onlookers to pray for him.  Despite the warning, some still did and harbored a great respect for this young Spaniard whose death they had witnessed, all their days.  Many said that, “Fransizco showed an exaltation similar to madness.”

Lying amongst the ashes, Franzisco de San Románo recited the seventh Psalm.  As the martyr uttered the last verse he entered into the joy of his Lord, “I will praise the Lord according to his righteousness: and will sing praise to the name of the Lord most high.” May our hearts also be burning for Christ with the same fire that burned in the heart of Franzisco.