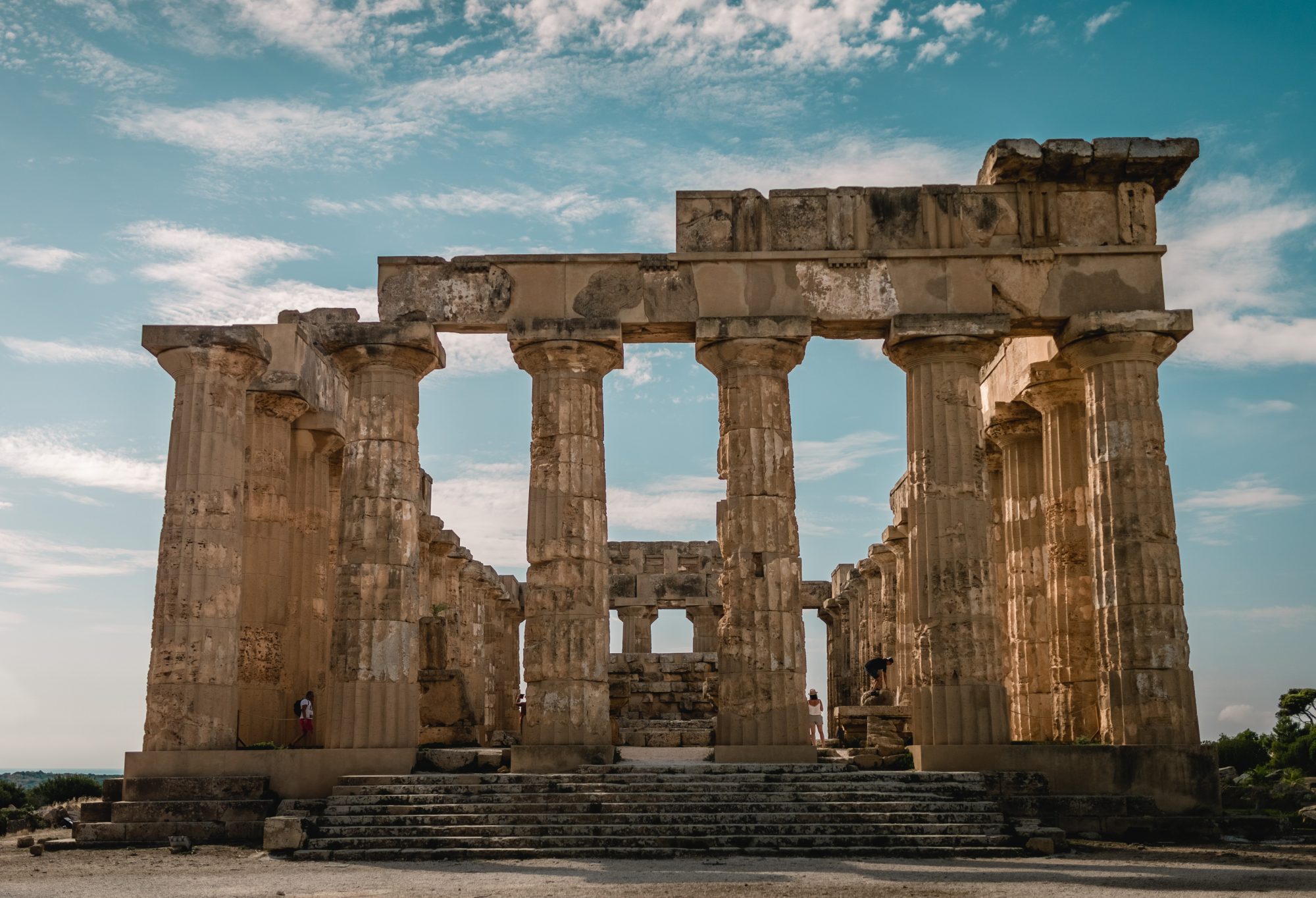 The countryside rippled with golden wheat, and the hills were dotted with beautiful olive groves. This is the small town of Thagaste, found in Northern Africa and known as Algeria today.

On a quiet farm near a flowing river, a servant excitedly announced the birth of a son – Augustine was born.  It was the year 354 A.D., and Patritius and Monica were overjoyed to welcome a child into their home.  Monica was a devout Christian, while her husband was not a believer yet.  During these years, the early Christians were often (had often suffered?) suffering at the hands of the Roman emperors who despised them and their Lord Christ.  But about 40 years prior to Augustine’s birth, Constantine became emperor of the vast empire, and Christians received many privileges that even pagans did not have.

Monica loved the Lord with all her heart, and she taught her children to do the same. Augustine grew up knowing of God and yet God was not yet his Lord.

As a teenager, Augustine formed many friendships with less than reputable young boys, trifling away the days, and playing pranks and jokes on the people of their town.

Augustine was blessed with a brilliant mind and his father recognized this and wanted him to use it to its full advantage. Augustine was sent to study law and public speaking in Carthage (Tunisia;  you might recognize this as the home of Vibia Perpetua), and there he began a life of even greater sinful indulgence.

His mother, Monica, all this time could see the direction her son was heading in, and she was very distressed.  She spent day after day pleading before the throne of God for the soul of her precious son.  Little did Augustine know that the Lord would indeed hear and answer her.

Once in Carthage, Augustine developed, through the readings of Cicero, a great desire and thirst to know the true meaning of wisdom.  What was life about?  Why was he here?  What was his purpose?  Although he had grown up under the teaching of a godly mother, Augustine did not know the Bible well. He preferred the fancy more philosophical books of the day, and he found the Bible was rather far-fetched. How could anyone believe this?  The Bible was put aside.

Augustine had become a great speaker, a brilliant debater, and this afforded him a very high position in Roman society.  As soon as he finished his studies in Carthage, Augustine went back to his small hometown and began to teach others how to speak well. Around this time, a very dear friend of his became sick and died, and Augustine was plunged into deep sorrow and despair.  He no longer found joy anywhere, and he decided to leave Thagaste and return to Carthage.  After a short stay there, Augustine again went to Rome in search of a better career.  Meanwhile, his father, who had become a Christian, had died, and Monica wanted to be with her son.  But Augustine did not want his mother along. He told her to wait at the port, but secretly left for Rome himself. Regardless, his mother followed him to Rome, alone.

Augustine was weary.  He was not happy.  Where could he find lasting happiness?  Oh that he could find the answer!  He led a life full of sinful pleasures, satisfying his every whim, but there was no lasting joy.

Augustine was now in possession of one of the most important teaching positions in the Roman Empire. He had risen so high, and yet, why the perpetual void? What else could he grasp for? Now 30 years old, Augustine met a man named Ambrose who was old and experienced. Here Augustine had many of his questions about the Bible answered and explained.

Monica arrived in Milan around this time and was happy to see Augustine doing well, and she also respected Ambrose.  She was hoping that he would be able to help Augustine turn to Christ as his Savior.  Augustine had an internal war, a battle raging within him. Today we often experience this same war: the battle of two wills.  Half of Augustine desired to know more about God and His Word, to seek to know His truth, and yet his other half lusted after pleasure, money, position, and material joy.  He kept saying, “just a little longer” and he later wrote that “just a little while went on for a long while.”

One day, the battle was won.  Augustine was lying under a tree in a beautiful garden. The sound of a fountain and birds chirping made music in his ears.  Tears streamed down Augustine’s face.  He was begging God to help him to end this life of wretched emptiness and continual unhappiness.  While he was lying there, he heard a little child singing “Tolle lege! Tolle lege!” which means “Take up and read! Take up and read!”  This child was most likely just playing, but it compelled Augustine sat up and picked up the Bible he had brought out with him, and he began to read. The very first words he read were found in Romans, chapter 13:13-14:

“Let us walk properly, as in the day, not in revelry and drunkenness, not in lewdness and lust, not in strife and envy. But put on the Lord Jesus Christ, and make no provision for the flesh, to fulfill its lusts.”

And once again, a sinful darkened heart was transformed as the sword of the Spirit cut through and the glorious Light of the Gospel shone upon Augustine’s heart.  Augustine was overjoyed.  His mother was full of gladness and thankfulness for God had been faithful.  Later Augustine wrote: “Thou hast made us for Thyself, O Lord, and our heart is restless until it rests in Thee.”  Christ had delivered him from aimlessness, from his depraved heart, and he had found the answer to true peace, joy, and satisfaction. Augustine was baptized three years later. His mother died the year after, and Augustine mourned deeply for the woman who had so greatly loved his very soul.

Augustine was ordained as a minister of a Gospel in a town called Hippo, North Africa, and spent his time teaching others about his Master.  He also spent time debating heretical teachers that arose during his time.  Now Augustine used his giftedness in teaching and public speaking for the great glory of Christ Jesus and His kingdom.  At one time, a group called the Circumcellions, who wanted to purify the church, laid an ambush for Augustine in order to kill him.  In God’s providence, Augustine had chosen a different route and was protected from death.

As Augustine grew older he became more and more amazed at the wonderful sovereignty of God is his life and salvation.  He wrote a book called Confessions, written as a prayer to God, along with the events in his life and the great lessons he learned.  He spent the rest of his life preaching to lost souls and encouraging believers to press on in their walk with the Lord.  Augustine’s life is a beautiful testimony to the transforming power of the Gospel of Jesus Christ – there is none too far out of the reach of His Light.